Tonight’s another time to take one of those journeys back in time.

Shes laughing at me, as I try to quickly walk past some embarrassing memory posts.

She finds one of them particularly fascinating, and she decides to make it into something the village can relate to.

I’d be pretending like I don’t know what I’m talking about as I beat the gong hastily, only because AfroSays: 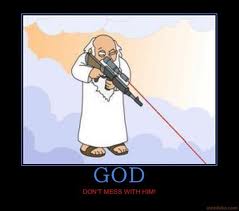 I hate the memory of falling for the same chic everybody else fell for.
I hate her memories– the moments I couldn’t breathe properly because she was around, the endless times I attempted to draw her on almost every page of my study jotter, the one time I actually succeeded, the times when I wouldn’t stop talking to my friends about her, worst of all, the memories I probably created myself; the ones where she noticed me but was too shy to make a move, the ones where she turned back to steal glances at me in class while pretending to take interest in the boring paint job on the wall, the one during church service, where her friend told her I was around and they took turns stealing looks at me, the one where she idly wandered right next to me at the cafeteria to give me a chance to talk to her, the one where her friend gave up her seat for me at the cyber-cafe so that I could have a chance to talk to her. Now that I know the truth, I hate them all!
My friends and I, we called her “Cute”.
Towards the end of my first year at the university, the excessive gallant energy that plagued we products of ‘boys-only’ secondary schools had almost completely worn off and my friends had ensured that I attended several “Cute-aholics Anonymous” sessions to cure me of my mildly embarrassing obsession. I had already begun to establish a noteworthy reputation for myself as an intellectual and I had a lovely chic on my arm to boot with. I had really begun to move on with life but one thing held me back – I was still wondering why “Cute” and I never got a chance even when it was obvious that we had some form of ethereal chemistry, (after all, she couldn’t have been stealing all those glances at me if she didn’t like me). I decided to put an end to my curiosity one evening and I walked up to her, this time with a platonic disposition. She seemed pleasant enough, quite friendly in fact. I was beginning to think that the hour had come for the son of man to be glorified….
It wasn’t that we hadn’t talked before – we had, plus I’d even gone out of my way to study a crash course on “Cute – o – logy”.
It wasn’t that she didn’t know who I was, she did! I was not popular but I found my way around.
It just hurt too much when she asked, “What is your name?”
I smiled and answered, “God punish you”

5 Responses to “God punish you”