So, the goddess is warming up to me again and I’m also willing to be as cozy as possible; It’s been a while since I would randomly start the memo app on my BB and my thoughts would flow into it almost seamlessly. It’s good to be back.

The AfroMuse, she was at my place yesterday evening. I got to asking about how the year had panned out and what the next year would look like. She shut me up almost immediately. She got to bragging about how she’d been travelling the world and trying out new experiences. I was forcefully treated to hedonistic pictures of Monte Negro, Las Vegas, Brazil and Croatia.

I think what’s she’s trying to tell me is to loosen up. I’m all about my work and my future billions, #NoKidding, but I’m also learning a more important lesson, that life isn’t staged in destinations, it’s the experience of a most beautifully turbulent journey.

I’m learning to indulge in the moments before they become memories and do more than I usually would and I’m hoping you’d care to join me in this explorer state-of-mind.

Totally unrelated to the above is an issue that’s been on my mind or some time. I usually want everyone who reads AfroSays and is somewhat intelligent to understand my stories very easily but it appears that I’m mistaken and only a subset of those intelligent people actually do. They also happen to think a different kind of way from the general set. I don’t think it’s a good thing and I’m not happy that I’m not communicating well. According to the sneak-peek comments i usually get before i publish, this story is one of those stories that might be in that esoteric classification. Please let me know if it was easy to understand or not, I want to be better!

I’m doubtfully hitting my gong, alternating between loud bangs and softer beatings, carefully reciting my duty, trying my hardest to let you know that AfroSays:

DANCING IN THE DARK 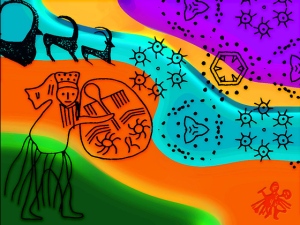 If you think it’s good, invite someone to read as well, if not, tell me how to make it better. #ThankYou

I had to make out sometime to listen to the goddess. I’ve not exactly been the best Towncrier, with my chronic absenteeism and my bad habit of leaving messages undelivered. The AfroMuse always pays in kind; She’s been ignoring me as well and our relationship seems to be heading south.

For those who care about my personal life, my time thief, it’s all on www.theqoffice.com

For those who couldn’t care less, what’s important is that mild ennui is not total abandonment, I swear, baba is still on point!

I’ve still got some fantasy material I’m too tongue tied to deliver so I’m practicing like I did with the Olu-Aye classic. I’m even working on the sequel to that too, but good stuff takes time.

But #JustSoYouKnow, today’s delivery is one that’s very much in resonance with my dark blue inner vibes. I deliver it, thinking about everyone spending this holiday season without someone they used to spend it with, from the orphan that’s joining my family for Christmas to my friends who are just getting used to spending family holidays, less one loved one.

I deliver it to myself and every other person who find it hard to smile every time because they hear the world anytime it ticks wrong, which is a lot of times.

I shall beat my gong, with a gourd of local brew on my belt, sharing a message of strong spirit and calm mind, sharing liquid spirits as well, wishing my people a decent holiday because AfroSays:
CHRISTMAS WITH YOU 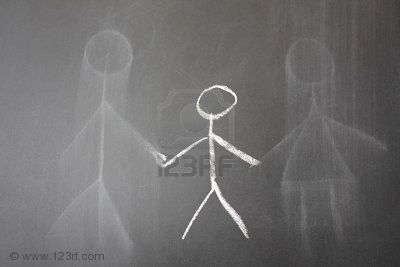 I don’t know where I am. I don’t know what to do. How can I? I’m only seven years old.
I just woke up and everywhere is dark, there is nobody around and I don’t know my way home but I know what has happened.
Mama, you have left me just like daddy did. Only this time, you left me in the house of a stranger.
I know we’ve been suffering, I know there has been no food to eat but I have never complained.
I know I am supposed to sell firewood from house to house tomorrow even though it’s christmas day; I know you are going to cry on my shoulder when I get back like you always do and I’m going to cry too, but remember that I have promised you that when I grow up, I will make sure you never cry again.
I remember last month when the teacher sent me back from school because we didn’t have enough money to pay the fees. I remember that you started crying again. I told you not to worry, that God will take care of us.
I thought you believed me when you wiped your tears and told me things would be better soon. I know the past few weeks were really hard but you didn’t stop saying that.
I was really excited when this morning, you packed my few clothes and told me that we were traveling to Lagos, now I remember that you didn’t pack yours.
I wasn’t sure why you were sad when you helped me plait my hair as I sat on your lap in the bus, just like you always do before every new week of school. I asked you what was wrong and you told me it was nothing.
You looked more unhappy as we got closer to this place, you looked like something really bad was about to happen but I had to trust you ma, you told me to.
And then, we got to this place and everywhere looked like heaven and you almost started crying. You didn’t even touch me again, you told me to sit down on the floor, far away from you, while you talked with that fat woman.
I guess you didn’t know but I saw you collect a lot of money from her when you thought I wasn’t looking
I thought you told me everything would be alright? I thought you said you’d never leave me alone, no matter what happened?
You told me to go with the fat woman, you told me to wait for you, that you’d be back soon.
I waited till I slept mama, you didn’t come back. Today, it is christmas morning and you’re not yet back. I know you’re not coming back.
I’m crying because there is no way I can tell you this mama, but it’s true: I don’t want to spend christmas in heaven, mama, I’d rather spend it with you.
You might also like
*I want to belong
*Ojukokoro (Delilah)
*Olu-aye and the seventh sorceress