I’m not in the mood for much talk today. Inner he-motions are mixing a personally innocuous but generally toxic brew.

You know, we can’t remain the same forever… we change as we age… we only hope that the people we love would accept us not only for who we are but for who we become…

Sha! When I haven’t got Simone or Kirikou (my guitars) next to me, Terry G usually does the feel-good trick. I shall be beating an excitingly captivating piece from Free Madness, Part 3 -> Sile! Sile! Sile! because AfroSays:

AS CRUEL AS SCHOOL CHILDREN 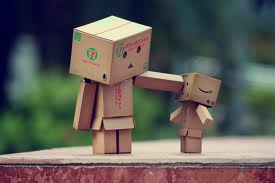 He turned to me, his eyes begging this time, seemingly apologizing for the years of torment he had caused me: the name callings, beatings, the repeated injury to my self esteem and all the unjustifiable wickedness.
“Mister man! What is the biological name of rat?!”
He did not take his pleading eyes off me as he trembled in paralyzing fear of the sasquatch that the school had mistakenly employed as a teacher.
I stared back at him, aloof like a bad replica of the Mona Lisa that hung in the art class. I did not know the answer today, or did I?
That was the last question on the quiz that the class had been given this past week, an extremely simple test. The big dummy had copied my work, word-for-word, as usual, and I hadn’t really minded. He had been given a perfect score, as usual, and I hadn’t minded as well. He had bragged about it and I couldn’t care less, as long as he kept up his part of our unspoken contract.
You see? The big dummy and his cronies always used to beat me; he was big and dumb and I was small and smart – typical senseless shortcomings of mother nature, typical secondary school scenario. We acted out all the usual high school bully plays: lunch money extortion, random knocks on the head, slaps to the face, destruction of homework, and all the other usual suspects.
You see? Despite all these, we the smart small kids had to live by a ‘no snitching’ rule. That meant that whenever we were persecuted, whenever one of the big kids vandalized something, whenever one of the big kids got the whole class in trouble, we couldn’t tell the school authorities or even our parents.
So after years of torment, I had to think of a way out. The big kids were really dumb, you see? Some of them couldn’t even spell three-letter conjunction words or successfully perform arithmetics on three-digit numbers. They had a huge handicap, but so did we. We were easy to push around and couldn’t fend for ourselves. The way out? I decided to help the biggest, dumbest kid out with school work so that he and his friends could spare me and my other small smart friends. The big kids could continue to bully the small, dumb kids; in this world, you had to have something to offer, you see?
Our arrangement worked for a comfortable while, and all the other small smart kids helped the big dumb kids. We became a symbiosis, a ecological balance, a case study for world peace, but something went wrong, you see?
Smart kids are in categories – there are the 10/10 kids, the 9/10 kids, the 8/10 kids and the 7/10 kids. It seems one of the lower echelon smart kids had a brain fail recently and his parasite failed as well. (Yes! 5/10 is a brain fail). So, the oversize leech goes on to compare scores with his goons and he realizes his loss. He then goes ahead to beat on my colleague and his goons join in, including the one I help.
It’s really bad, you see? We try to fight back, and we all get beaten. One of us gets hospitalized and he can’t snitch. Therefore, due to the recent unpleasant circumstances, the contract ends.
But I am not done.
The small smart kids have all kinds of resources, you see? I send an anonymous text message to the sasquatch this morning, snitching, yes! Snitching all the big dumb kids from the last biology test.
He calls out the first name on the list, my parasite, and he can’t answer a single question from the quiz that he nailed with a perfect score. We all know how much the sasquatch loves to inflict pain. He would call out the other nervous blockheads and they would fail so splendidly, as well. He would then take them all to his office at the distant, neglected end of the school and invite them in, one-by-one for a personal ten-minute session.
“You mean you don’t know the biological name of rat?!”
Big numbskull looks at me, sweating, begging, telepathically kissing my behind and I decide to have a little more fun. I mouth the following words:
“Phallus phallus”
You might also like
*The legend of Two Strokes
*The Sokoto Rascals

8 Responses to “As cruel as school children”