I AfroSays, I command.
Let there be no trickery tonight. The words of this artist would suffice.
Be dazzled!

I, Weirdo sama, beat this gong until it resonates and echoes in every soul like the orchestra of the angels.
Guard your souls readers, lest they be stolen away by the Rouge Power of Music! 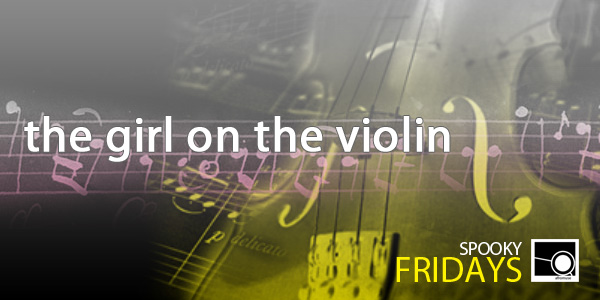 …And presenting for the first time in this esteemed hall, in the presence of this esteemed audience from the higher echelons of the society, Tana Brooks!

With a polite round of applause, the dignitaries welcomed the novice on stage. This however did not hide the skeptical looks on their faces.
A general hush fell as she set her violin to the nape of her neck, bow poised, ready to begin.

They stared at the lumpy, and simply dressed girl on the stage and the corners of their mouths rose in sneers.
They would have serious words with the director after the performance. The hallowed halls of St. Paul were made for the finest musicians from around the world! Not..not a nobody like her.

CAPRICCIO
Her bow touched the violin strings and their eyes widened in wonder.
Their hearts beat faster as tears gathered around their eyes.
This was music!
They watched transfixed as the simple girl wove an intricate web of enchantment around their minds.
She was telling a story.
She was telling their stories.
He saw himself as a young boy. She saw herself as a young woman. He saw his laughter. She saw her joy. He saw himself as a cadet; among his camaraderies feeling like he belonged. She saw herself as a young student at Oxford University.
To each individual, their own glorious visions.
They saw themselves with the love of their lives. Eyes glistening with happiness and unshed tears.

EXPRESSIONISM
Suddenly, the music took a darker turn.
Their woes.
Their anguish.
Their mistakes.
Their wrongs.
They saw them all play before their eyes.
He raped a woman.
She was an adulteress.
He stole from the public.
She had a criminal past.
Secrets long-lost in the dark recesses of the mind spilled its secrets.
They could not make it stop.
Their faces a frozen mask of horror.

ADAGIO
Suddenly, light reverberated through the chords.
Shadows were dispelled through the slow winding cadenza.
Faces relaxed as the music flowed in legato; hearts being purged of their last ghosts.
A suggestion was planted through their ears into their minds.
She released them from their bonds as the last notes resounded through the hall.

There was silence.
As one body they all jumped to their feet in applause.
With shouts of ‘Bravo’ and catcalls, she took a bow and left the stage.
Tana Brooks had won the hearts of her audience.

Mrs Watson woke up from sleep and languidly turned to snuggle close to her husband.
He was not beside her.
She heard noise from the kitchen and she gingerly walked down stairs.
“Edward?”
She heard him humming a tune she didn’t know.
Probably from the concert.
She wished she hadn’t missed the concert. How Edward thrilled her with the tale of the violinist!
She entered the kitchen and switched on the light.
There he sat, eyes closed, lips pulled to a smile,humming under his breath.
Suddenly he revealed in his right hand, a knife.
Before she could ask what he was doing, he ran the well-honed knife edge across his throat.
Smiling; Humming as he died.
She screamed.

Tana Brooks settled her violin case on her laps when she sat in one of the empty carriages on the train to Wolverhampton.
She noticed the front page of the daily newspaper a passenger left on one of the seats.
Picking it up, she read as tears filled her eyes
.
Edward Watson, Julie Mcflew, 86 others take their own lives

She had done it again.
She slumped back on her seat, caressing the violin case.
Images flashed through her mind as she remembered the deal she made with the owner of the violin.
“…power of music; to captivate…”
“…you pay a small price?…”
“….Anything…”
She hadn’t known the price she had to pay.
Not until the first performance to her family.
For her power over music, she paid with the lives of her audience.
All who heard would die; all apart from her, the player, would not go unscathed.
She couldn’t stop playing.
She tried after her family died.
She couldn’t break the Violin.
It wouldn’t break.
She couldn’t quit.
She was tortured until her bow touched the strings. Then the angry spirits would be appeased.
She couldn’t kill herself.
She was against suicide.
She became a wanderer.
Her mission, to find the strange man who gave her his violin.
To find the Devil.

“Can you play that well?” A voice said snapping her back to reality.
A young man smiled shyly at her.
“Yes” she said smiling back.
“Would you play for me?”
The refusal on her tongue was quelled by the sudden pressure she felt on her throat strangling her.
“Sure” she whispered and felt release.
She took it out of the case, mounted it on her neck and played him to his doom.

The artist, she likes to known be as weird_o.
You should follow her on Twitter, @weird_oo
Her art is here : http://phantompages.wordpress.com/

19 Responses to “The girl on the violin”