“The trees went forth on a time to anoint a king over them; and they said unto the olive-tree, Reign thou over us.
But the olive-tree said unto them, Should I leave my fatness, wherewith by me they honor God and man, and go to wave to and fro over the trees?” (Biblical quote) 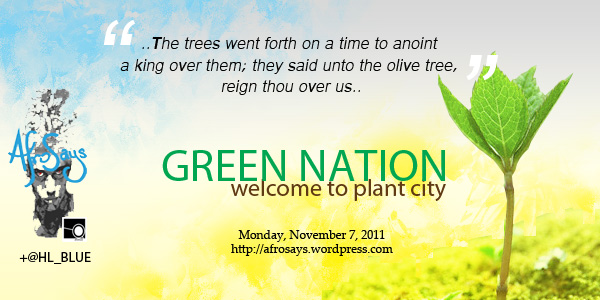 24 Responses to “Green Nation I”