She was feeling quite mischievous today, the goddess. She narrated stories of how she and AfroCupid had been gallivanting continent-wide, inspiring several make-ups and break-ups. She mocked the fragility of human reasoning when injected with emotion.

I was already getting annoyed when they took off again; I was hoping he’d break her heart too.

With no other choice than to do her bidding, I picked up my gong and imitated one of those heartbreak songs by Chris Brown, because when the Muse speaks, Afrosays: 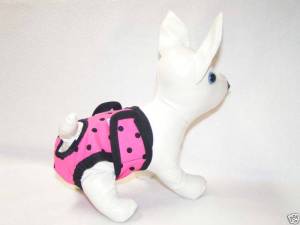 I was getting tired of life’s monotony but the only problem was that I wasn’t ready to be invited to the greater beyond.
I promptly decided that I needed some excitement and so I packed my bags for the weekend. Being focused and driven was getting boring and having a perfect boyfriend didn’t seem to help matters. If I couldn’t make things excitable at the austere law firm where I worked, I might as well take it out on Chester.
I got to his place quite early. I was laughing at the memory of my boss giving me all sorts of prescriptions for the fictional Malaria I was suffering from over the phone. I used my key to let myself into his apartment and started my mischief.
I had branched at a little store down the road to buy an extra large, pink pair of female underwear to play my little game and it was awaiting discovery under the bed covers. I was looking too eager. I was already imagining how my upright Chester would allay my fears with healthy doses of truthful denial, inflaming my passions with that innocent look in his puppy eyes. My Chester was a darling.
I started dating Chester a little over a year ago. I had chosen him because he was nerdy, naive and wouldn’t hurt a fly. I was tired of the slick types that had broken me down severally till I was incapable of love. I just wanted security, and this lean bodied, four-eyed, Christian man was exactly what I was looking for. He was a diamond in the rough and I hoped to keep him that way.
He came in that evening to a delightful welcome. His unimpressive apartment had been transformed into a love nest. I had ordered a mouth watering mix of healthy finger foods and a bottle of modest wine; arrayed the scenery in candle light and invited Michael Bolton over. Marvin Gaye would have been perfect but I did not want to corrupt my cute little man.
I got exactly what I wanted, that innocent, clueless look I wouldn’t trade for the world. Sometimes, I thought I was the boyfriend. I pushed the right buttons and he forgot all about food. We made straight for the bedroom.
I was even getting carried away myself when he discovered my little forgotten adventure and curiously held it up in the candlelight. I had noticed and it was too late. I was already laughing to myself when I noticed that he had a different look on his face. I was still trying to hide my emotions when he looked into my eyes and said those three words I would never forget, “I can explain”.
I played along expecting the holiest charity.
I didn’t want to play along anymore when he started a shaky story about mama’s visit last weekend that he had failed to mention, the village wife-material that had come with her and the palm wine of course. I couldn’t even imagine my Chester doing it with someone who could own those panties. It was even more depressing that he was pulling a fast Jamie Foxx on me, blaming it on the “Ah ah ah alcohol “. I was hurt and I started crying uncontrollably.
I buttoned my shirt in the dim light, grabbed my things and started looking for my shoes. I put on the overhead fluorescent lighting and found them scattered carelessly near the door. I put them on.
I was on my way out of his bedroom, looking for something valuable to break when I heard the fool exclaim, “Damn! Wrong Color!”