The goddess was held me in her arms as I wept.

My world was crashing all around me.

She reminded me that old civilizations always had to give way to new; I’m just hoping Jerusalem isn’t coming down for Babylon.

She sang me a lullaby, I slept.

I’m now awake and I shall sing it to you all only because Afrosays: 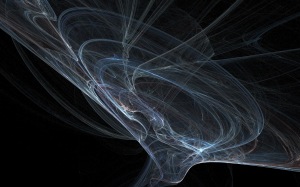 “Beep… beep… beep”
The seconds of my life were being counted by one of the several boxes of wire that kept me alive.
I wasn’t sure I was ready for the extremely long beep that would signal the end of my life but according to what the doctors had said, that sound was two days late and it would be here anytime soon.
It’s not that I wasn’t prepared; I’d settled grievances, seen my lawyer and put my house in order. Heck! I’d even told Cecilia that she could marry that moron that had been the centre of our family trouble for the past two years since she finished college. I was desperately trying to use these last moments to buy inner peace but I still wasn’t sure I had the right currency.
Freddy told me that the idiot across the room holding my daughter’s hand. Freddy said he looked like the angel of death that was responsible for all the recent motor accidents along the Benin-Ore Express way with all the scrap metal coming in and out of his disgustingly tattooed skin. The first day I saw him, I wished the London Arts School scholarship hadn’t come through for Cecilia, six years ago. I never seemed to understand the fact that her boyfriend was a successful musician somewhere in Europe, Cecilia deserved better.
But she wasn’t my burden at the moment, I was. These past few years had been my most successful; I had taken a lot from the world and given it gifts in return. I was sure my name would be remembered for my outstanding contributions to health science. I had been a good man, but was that ever enough? Freddy said my wife’s pastor was still in the room and according to the religious rituals we’d gone through together the few weeks before I blacked out, I was cool with God and ready to go, but deep inside me I wasn’t sure if there was a place to go to. The pastor had once mentioned that the just shall live by faith, but it was too late to ask him what the just was meant to die by?
My eyes were closed.  My body was on shut down. I could only depend on my ever reliable brain. It had a nickname, Freddy I called it. I had developed Freddy so much that he was two hundred years older than I was and had a mind of his own. I didn’t deserve any of those accolades the world lavished on me, Freddy did. He deserved everything from the national honour to the Nobel price, yet, he couldn’t help me out this time. He hadn’t been able to come up with a sensible explanation for eternity, re-incarnation or two thousand virgins. All Freddy knew was limited to this sphere.
I had searched through my childhood memories of Sunday school till my early years of marriage, before the call of humanitarianism took me away and all I found were contradictions. The only problem was that no one had been honest enough to admit they didn’t have the answers. They were all too scared to think for themselves and relied on any man who was bold enough to pretend he understood the great mystery of life. Those kinds of men got too many with time and the contradictions became more evident. Eventually the bright left in search for the real truth.
I still haven’t found it. I used Google till Microsoft bought it over and messed it up and it wasn’t in any of the two trillion web pages on their index. There was no truth in hedonism or even in excessive piety either. All my experiments led to one single fact: No matter how long man tried to pretend, his true nature always surfaced. No one was perfect. No one could uphold whatever dogma they put forth without falling short. They could only pretend in hypocrisy and that was my dilemma, the fact that no one could live up to any paradigms, even basic laws they set up themselves. If we cannot live up to our own standards, how much more that of some perfect deity?  We’re all doomed to incompetence and low self esteem!
“Beeeeeeeeep!  Beeeeeeeeeeeeeeep! Beeeeeeeeeeeeeeeeeeeeeeeep!”
Suddenly, Freddy came through, just when I’d lost hope. He seldom failed me.
“Doctor! Doctor!!!”
Pandemonium.
I didn’t care.
My soul smiled.
And then I laughed – I opened my eyes and laughed real hard.
They were shocked because Freddy had put me in a coma for two weeks so he could work.
I’d finally found the answer!
Being human was the joke of the millennium!
“Beeeeeeeeeeeeeeeeeeeeeeeeeeeeeeeeeeeeeeeeeeeeeeeeeeeeeeeeeeeeeeeeeeeeeeeeeeeeep!”