My head is still up in my posterior, trying to figure out a lot of things. Sometimes it seems I’m the biggest dullard in the world.

But never mind that, some things are basic – the simple joys of life would never betray you.

After yesterday’s kiss, I’m happier than ever because I decided to be content.

Of course! Who wouldn’t be content with kissing a goddess?

I am more than content so I’d be smiling sheepishly, reflecting on kisstalk, beating that Gong animatedly and telling you that AfroSays:

IF MY VILLAGE BECAME 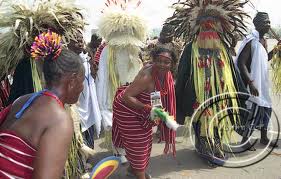