it was Sunday a few days ago so this is what I was meant to do:

Put on a flowing white gown and run around the streets of Lagos, beating a prayer warrior tune on my Gong only because AfroSays:

WHY I GO TO CHURCH

“Mummy, I’m not going to church today”, I declared that Sunday morning. I was just back from my first year in the university and I felt that I had earned the right to freedom.

“After all, Brother Chima doesn’t go” I continued, in an attempt to create a solid premise for the expected argument. Brother Chima is my good-for-nothing, thirty two year old sibling who still stays at the house with us. His early retirement from life started seven years ago when he returned from the university, mid-semester. He was already in his third year when the school discovered that he wasn’t a valid student.We had all been fooled into believing that the Student Union had declared yet another strike till a student from the same school was accepted as intern in mum’s department at work. With further probing, mother found out about my brother’s fake admission although he never admitted it. He gave up on life shortly afterward and gradually retreated into his now obese self. He probably managed thirteen words per week since then, most of which were related to how fresh the bread was.
He was at the dining table, adding to his oversize gut when I took my revolutionary stand with mum. I had talked to him about it the night before and even though I wasn’t really expecting any help from him, at least I was sure he would keep his usual silent demeanor.
The chair creaked and we all looked in his direction, expecting some foolish comment about the bread. He was famous for such stupid interruptions.
We had almost turned back in indifference and mum was about to give me a piece of her mind when he pointed a half-eaten slice in my direction asking, as if mockingly, “Do you want to be like me?”
I went to church.

The AfroMuse laughed at me as I narrated my recent life experiences.

Life was really ‘winner-take-all’ after all.

She promised to teach me to win more often and then she left.

I’m shaking my head at this T-Pain derivative. Gong, on a vocoder, let’s do this because AfroSays: 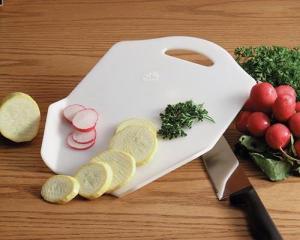 Is it immature to wake up in the morning feeling like you did in primary school when some kid broke your amazing Superman ruler?
That’s how I feel this morning.
That’s how I felt last night.
Bvlgari and Paco Rabanne let me down. She intimidated them so much, they vowed to stay home for a week plus.
My two white friends and I, we walked into her lair oozing so much confidence, we were staining the floor. We were looking to have a nice time and make memories we could discuss over drinks later that night. Paco was quite the gallant,  charming his way forward like TATA equipment. He did his thing and handed the baton over to ‘Gari. The Grecian was ready.
‘Gari “the smooth” Gregarious  lived up to his alias. I’d never be able to explain what he did or does, all I know is that he gets the job done. I was in the kitchen when Smoothie threw the baton over. Leave the final lap to Mr awwww-some-more?
I casually strolled over like a 1700s English jerk and took over. Panache a la finesse, on a swagger thing, yezzir! Awwww-some!?
Naaa!
My new fancy friends didn’t impress her. Two years ago, good old Mr Klein fared waaaaay better than my new tag team; Monsieur Givenchy didn’t do too bad either last year.
She had baited us and we had greedily chomped it down, winking to each other.
We thought being served was a testament to our chivalry. Alas! it was only a travesty.
We were too heavy to run when those claws came out.
Slowly and meticulously,  we were officially shredded and screwed!