Today, I beat the gong of sweet itching and an all-consuming desire.
Listen.

This is the beginning of our love story.
I am watching you watch me with a smirk on your face
Because you can see me cringe whenever
My boyfriend puts his arm around my shoulders
Or presses his hand into the small of my back.
And although the hairs I decided against shaving
All bristle in indignation;
I am not able to unlock my gaze from your face.
This is the beginning of our love story.
You follow me to the tray of spring rolls
And stop my hand from selecting
That golden-brown one with some stuffing sticking out.
You brush your fingers over my hand;
As if testing for my response.
One which isn’t long in coming
Because those traitorous bastard hairs on the back of my palm,
All rise to your touch- like they’ve been waiting forever.
And this is the beginning of our love story.
The escape to the back room- and you follow.
You follow and shut the door behind you.
You lock the door behind you then stop
When I can see the tips of your shiny shoes
Opposite my black-covered toenails.
And I move forward till we are touching.
My toes against your shoes.
Your shoes against my toes
that stick too far out of my sandals.
This is the beginning of our love story.
Heavy breathing, tongue clashing;
Head rolling, back. Hands seeking, forward.
My back against the wall. Cold fingers kissing my spine.
Heart palpitations. Throat constrictions.
No words. No thoughts.
Feeling; then some more.
Lust. Wanting. Pining. Yearning.
Phone vibrating.
This is the end of our love story.
My phone vibrates and my eyes snap clear.
Clear of the riotuous emotions
That only just threatened to drown me.
This is the end of our love story- I think.
I straighten my dress and walk away from you.
You, my first love.
Because though you remain clueless,
You are the first man,
Who has made me feel.

Metaphors are the joy of us all and they are the gifts we share with each other. Today, a friend shares a bag of metaphors for us. Shall we dig in?

The cool breeze of the sylph Afrosays swooped a pollen grain towards me
It was a grain like no other
she sang the coolest of melodies to my ears
Serenaded my hearts
Captured my soul
Made my spirits soar
My megalomania mellowed when I realized her suss
I took her in, and here is the fruit of my womb 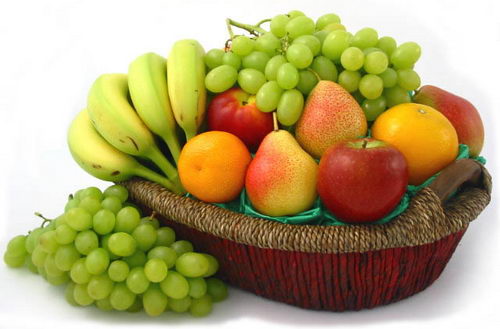 A CHEST OF FRUITS

A festoon of shiny dark hairs curled like a noodle

Resting on an enlarged cashew

A slenderized stem running into 3 tributaries

Oranges that had sprouts

Irrigation washed through the style all the way to the pistil

The desire of every spermatocyte

Posteriorly lies a cottony lump gapped by a straight line

All of which are carried by two thin trunks

This is the woman,the one I love.

Find the art of our @itz_bigboiler here

This is:
SEX PESTILENCE

I’m learning to beat the gong better. I might start a new category for ramblings about my unusual experiences as the goddess’ mouthpiece, I might not.

Betty and I are looking to redecorate sometime soon.

Most Importantly, I’ve learnt to keep it short. One laconic clang, all brisk-like as AfroSays:

“Daddy where do babies come from?”
I wasn’t sure I’d heard what she asked the first time. Maybe I’d heard, maybe I’d subconsciously chosen to ignore her, hoping that I’d imagined the question.
“Daddy?” She tugged at my arm.
It took an effort of archillean proportions to tear my gaze from the TV so as to cater to the needs of my ten year old.
It’s not because Arsenal was throwing away yet another chance at a trophy, the thing was that I’d always thought parenting would be easy; It had been easy to spot many mistakes in the austere upbringing that my parents had dealt me. I’d envisioned myself as one of the modern, super cool parent types that I’d seen so many times in hollywood movies, the type that grounded kids when they were naughty, sent them to their room when they were rude, allowed them to have all their friends over and was open to talking about anything.
And somehow, I had succeeded. While most of my friends still employed the use of a form of archaic martial law in putting their young families in order, Wunmi felt the need to tell me every single insignificant detail about her life and I loved it.
The real problem was that I’d never prepared for the day when I would have to tell my daughter about how, someday, some idiot with a turgid penis would lend seed to her innocent vagina so that they could magically grow babies. I could not tell her bogus stories about Holy Ghost pregnancies or baby carrying birds or automatic, love-inspired conceptions because it was against my ‘Cool-Daddy’ code. Thinking about what I was about to say gave me a headache.
“Daddy noooow!”
I finally turned from the hopeless football match, not quite to look at her, but to look around her. I was already embarrassed.
“Emm… One day, a young man is going to butter your muffin”
“Ehn?!”
I loosened my neck tie.
“Actually, what I’m trying to say is that, ehn, one day, to have babies… Err, you have to screw… Yes, screw…”
I looked around as if to see imaginary impositions of my drinking buddies, pointing and laughing as I fumbled at my little girl’s question.
“Me, I don’t know what you are talking about oh! I am in Jss1 and the science teacher says we have to have sex!”
My mouth hung open.
She put her tiny arms on her waist and continued talking, all sissy like.
“So uncle Rufus said that he wants to put his penis in my vagina and I told him that the teacher said that I would get pregnant since I started seeing my period last month and I am now a woman”
“He said the teacher was wrong and that babies are from the Holy Spirit like with Mary and Jesus. I told him no sha. I just came to ask you.”
My expression of shock quickly metamorphosed into a mask of rage. ‘Uncle Rufus’ was the twenty-one-year-old cousin that I had brought into my home from the village because his parents could not support his education beyond the secondary level.
“So daddy, what is sex noooow?”
I had to calm down and attend to my little girl first. Without embarrassment, I told her that science teacher was right, I told her about the evils of teenage pregnancy, STDs, HIV, drugs, alcohol, over-speeding, politics, and any other evil the world would later throw at her.
I called my wife up next. As angry as I was, family issues were always tricky. If I sent him back to the village, he would hurt other little girls, maybe boys too. If I reported him to the police, I couldn’t face my family.
She told me that if I didn’t call the police, she would.
What would you do?
You might also like
*Love and truth
*Passion
*The Bella Noveau